Customer Stories
November 15, 2018
Lukáš Uhl at Pietro Filipi: I base my opinions on data
Insights on how Pietro Filipi achieved digital transformation and became truly data-driven.

A data-driven approach behind the company’s transformation: how Pietro Filipi found a way out of their insolvency.

Czech fashion brand Pietro Filipi has been producing clothes since 1993; since autumn 2017, a new owner has been at the helm. Michal Mička’s C2H investment firm bought 80% of Pietro Filipi, with the aim of reviving the brand’s prosperity and supporting its expansion both abroad and into e-commerce.

Director and Chief Operations Officer Lukáš Uhl told us how the rescue of Pietro Filipi unfolded, and what role data played in it.

Your name tends to be linked with startups and the world of technology. So how did you end up in fashion?

I wanted to try to transform a medium-sized business. At that time, when Michal bought it, Pietro was insolvent. C2H poured a lot of money into the company to save it. I was attracted by the actual challenge of managing the transformation, i.e. redefining operational issues, warehousing, logistics, BI, finance and outsourcing of manufacturing.

What was your priority when you became CEO?

The overall goal, logically, was to reduce costs and increase revenues. To identify the opportunities, I started talking to people in the company and we looked for ways to change the methods we used. Several priorities emerged: branch profitability and possible renegotiation of contracts, and the e-commerce aspect.. It was lagging behind, it wasn’t big, and it operated on a terrible system. Also, the online shop wasn’t benefitting from the general decline in bricks and mortar retail, which shopping centres are denying. But they need to face the reality of increasing online revenues. Another big topic is the product: we needed to improve the quality of the materials and to add basic items to the product offer because the ranges and the premium items weren’t enough for the business. This is related to the overhaul of purchasing and supply, in which we came across a more flexible model. We can order basic volumes of the collection items and then purchase from the manufacturers based on ad hoc demand.

What role did Keboola play in all of this?

One of my first phone calls was to Keboola, because I base my opinions on data, and such an option didn’t exist.

And back then what state was the data in?

It was in a terrible state. They only had Excel reports, containing a huge number of interconnected tables containing up to 12 years of history. Every morning, one lady at controlling got up and spent an hour and a half starting the Excel tables there. Then, she manually copied the data for the previous day from our internal system. She filled the billions of cells and sent it to others quite regularly. It was a pointless task. When somebody wanted information not directly contained in these Excel Spreadsheets, it was impossible to get it. For example, when sales declined, somebody asked why. If it was low footfall, we could find out there, because the information was in the adjacent cell. But if I wanted some information about the product mix, or who exactly was doing a shift or things like that, it wasn’t available.

We also had a rich source of information from cameras monitoring store footfall, but our ancient records were subdivided into days and branches, and didn’t have an aggregate overview of the entire network over a longer period. I had to sit for hours on end copying out cells from the tons of Excel spreadsheets, so that I could get an overall view of footfall, in Tableau.

How quickly did you manage to transform the old system?

As I mentioned, I soon turned to Keboola after I started because the dinosaur of an Excel programme functioned for some basic decision-making and accounting, but it wasn’t useful for anything else. I needed to produce a budget and have a high-level overview of what was going on at the company. Pavel Doležal and Petr Šimeček approached us, and we defined what was needed and things could start. All we needed was to break down some internal barriers and find people, from the employees, who could get stuck into implementing things.

Could you be a bit more specific about what internal barriers you mean?

I’m referring to the previous management, which was unwilling to work in an agile way. When I asked to introduce Keboola and connect some data sources, the head of IT at that time said that it would take two weeks. He also said that first we had to draw up an impact analysis, budget, timeline, responsible person, KPI … such a typically corporate approach. They were used to IT firms who for a year will send 2 to 3 analysts, who look at processes, define OLAP cubes, put it together in very complicated way. This is unbelievably expensive, and there’s nothing to show after a year and a half. Fortunately, thanks to Keboola, I have the experience of writing reports and scripts, so I know it was an hour’s worth of work maximum. So, when we said goodbye to the former management, things started moving very quickly.

Who started using Keboola at the company?

First, we discovered the hidden talent in a girl who was previously the photocopying slave. She was excited about her new work, and now she’s the main Keboola person, who sets the scene. For users, this is in part about the management, which needs an overall picture: revenue reporting, inventory, basic reports for e-commerce, NPS, logistics, and warehouse management. For example, our IT director became a big fan of GoodData almost overnight. He learned how to do his work, and immediately understood his potential and made the most of it. And we helped others to create their own reports in line with their requirements. Others are still using the original ERP.

At a lower level, Keboola helps a lot of warehouse and store managers.

Could you describe in more detail how it was used in warehouses and branches?

In warehouses it is about inventory management, merchandising, but also purchases. Structuring the purchase budget is very data-intensive, and there’s a lot of calculations and figures. By the end of the season, we need to have identified what to buy and what is selling well. Inventory reporting, absolutely, so that there is order and so that things can work such as next-day shipping in e-commerce, which we’ve re-introduced, or replenishment – when something is sold out at one store, whether and from where else to download it, how often it is done, etc. This is a complex issue. Right now we’re testing such high-level maths and the first model.

Regarding stores, they used to have their own cash desk software and besides that open Excel, where everything was recorded: sales staff, footfall, everything manually. So, we connected it there through GoodData, and the store managers and others in the company have all the data available, and in a pretty good breakdown for the stores, the products and sales staff. We’ve a dedicated dashboard for stores, in which they can see monthly performance, seller ratings, UTP, what categories and products sell well, and other metrics.

Can you give examples of some results in figures? Or is it a couple of months too early for that?

Hopefully the first of many is managing to reverse the downward trend in footfall in the retail network. In the last two years, it fell by between 14% to 18% year-on-year and has grown by about 4% over the past six months.

That’s a pretty good figure for such a short time.  Is this evidence of your success in a data-driven approach from your previous experience at DámeJídlo[meal ordering website]?

Actually, from Centrum [search engine], where we introduced GoodData. But I came into contact Keboola more at DámeJídlo, that’s true. I admit that when I took over the management, we had big cash flow problems. I was thinking of Keboola for cost-cutting as a way saving. I thought it was just a piece of software that pulled some data from somewhere and that GoodData itself would do it. So, that’s how I thought about it. I found out something about it and didn’t think about the issue any longer.

What persuaded you to keep Keboola?

We had a chronic lack of development capacities and my requests were 180th in the queue after the business topics, which is frustrating. At Keboola, I do a lot of things myself, or rather anyone who has a bit of knowledge of SQL. I can make quick iterations and change my database queries, which is crucial, because you never quite know what all the questions are. These changes are a nightmare when it has to go through lengthy IT every time. What’s more, the Keboola Connection is great. It’s such a robust platform that you can’t mess up anything and somehow get into the internal operating systems that everyone is scared of. These aspects of speed, flexibility and system security were key.

Getting back to the present and the future:  what’s the next step for you in terms of data?

Here we have to say something like Pietro at Kara, which we recently bought. In that case, the reporting is about one million times worse than it is here. Here’s an example. One of Kara’s stores told me that they relocated to the centre of Teplice, which helped a lot. The sales improved, and everything was wonderful. I said I was interested in when that was, what was the revenue like before and after, and which product categories this improvement was driving. A couple of days later I received a handwritten PDF …

Some sales plans for individual stores and months versus real results are processed in their own system, but it can’t be accessed, printed, or even exported to Excel. So, we have 50 branches times 12 months, which is 600 numbers, and the only thing we can do with it is to manually rewrite it. People aren’t used to that. It’s a completely different world! So, we must put in place some reporting there so we can figure out what’s going on in the company, because right now we have no idea.

We’re keeping our fingers crossed for you in all the data and other challenges. Thank very much for your time!  We hope that under your leadership, Czech fashion flourishes! 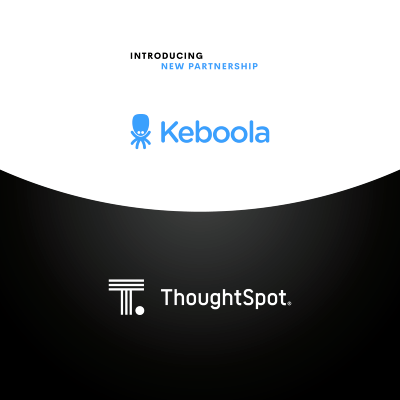 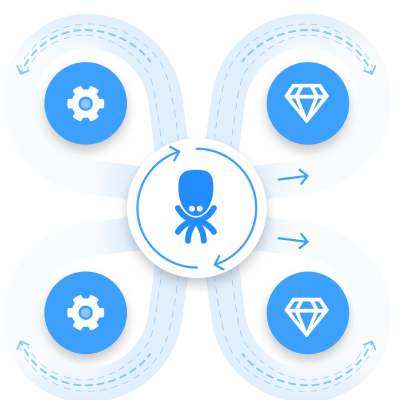 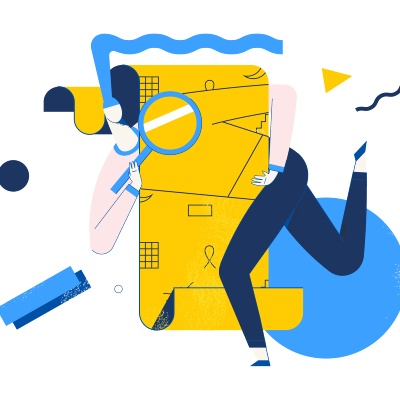 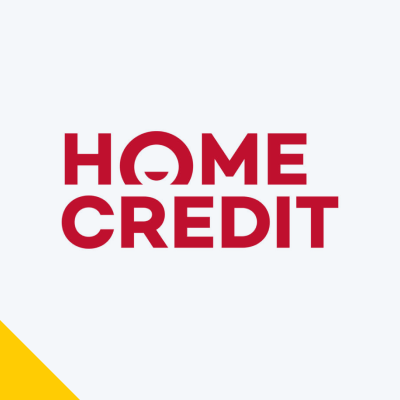 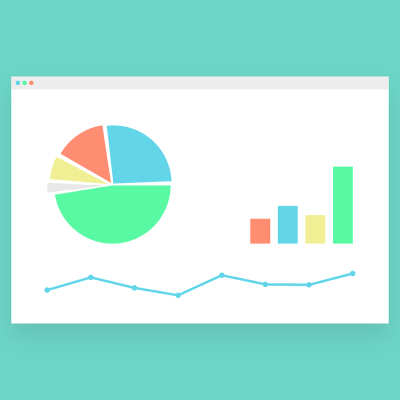